Design a site like this with WordPress.com
Get started
Skip to content
bjaybrooks Uncategorized August 31, 2019August 31, 2019 4 Minutes

Billy B. loved Sauk Village.  The street that he lived on was full of friends.  There was Danny and Pauly on one end of the avenue and Susie and Steve, with his marionettes, on the other end of the placid tree lined road.  The front porch of his house was as long as his house and covered with a roof and the floor was concrete.  He and his friends could play on the porch when it was raining and feel secure and safe and dry.  The house in Sauk Village had a concrete drive way and part of it was covered to protect the car.  In the back yard there was a patio with a Weber charcoal grill and Billy’s dad grilled steaks and hamburgers and bratwurst on it…as well as corn on the cob and baked potatoes.

Ivy, his mom’s friend, came over daily to visit.  She was very thin and smoked unfiltered Camel cigarettes by lighting the new one off of the one that was currently in use.  Ivy was Susie and Steve’s mom.  She was the type of friend that you counted yourself fortunate to have in your corner…because if she was not in your corner you were in big trouble!  Ivy had an opinion on everything and spoke with the authority of a world weary traveler.  She had worked as a Chicago police officer and she had seen more suffering and death in 20 years than most people would see in two lifetimes!  Ivy liked Jane and she called her Janie.

Every couple of weeks Billy B’s mom and dad would have Ivy and Jim over for cook-outs in the Bump’s back yard.  They brought along Susie and Steve and often their badminton rackets and some birdies.  Billy’s mom adored badminton.  She and Ivy would play the shuttlecock sport for hours on end.  Badminton was a 1960’s favorite and most homes in Sauk Village…had a set of rackets and some birdies to strike and let fly across the net.

Susie would either hold Billy B. on her lap or hug him at every opportunity…and he was very fond of Susie…who was an older woman!

Ivy would talk incessantly regarding the Chicago police force and the crimes that she had witnessed…while Jim did little more than smile and take another drag on his Viceroy unfiltered cigarettes.  Jim was a mechanic, as was Billy B’s dad, and his fingernails were permanently disclored and caked with grease.  Ivy would utter one of her many hypothesis regarding the ills of the world and Jim would nod in agreement and utter, ‘uh…huh.’

Joining these weekend gatherings were Billy B’s next door neighbors, George and Helen, who were both retired and spent the sunny days of summer tanning on folding lawn chairs in their back yard.  George had been a Chicago mafia lieutenant. He had worked for Al Capone.  He was one of the nicest guys that you would ever want to meet.  He regularly contributed to the cook-outs by bringing the finest single malt Glenlivet Scotch to the events as well as Filet Mignon for everyone!  George found out that Billy had his bicycle stolen..and the next day the bicycle was returned…but it was new!  George called Billy, Doc, and treated him like a grandson.  He told Billy’s mom and dad that Billy would never have to want for anything because when Billy got bigger he was going to show him the secret of success in the world of Chicago! 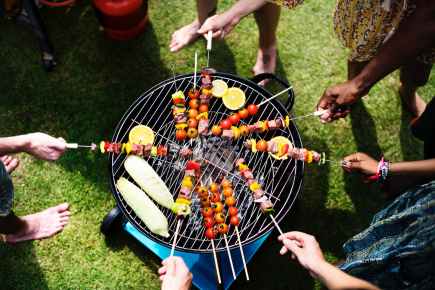 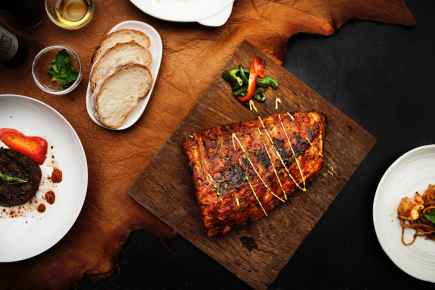 Photo by Min An on Pexels.com

Photo by Luis Quintero on Pexels.com

Photo by Pragyan Bezbaruah on Pexels.com

Photo by Min An on Pexels.com

Photo by Luis Quintero on Pexels.com

Photo by samer daboul on Pexels.com

Labor Day arrived.  The unofficial end of summer and the last hurrah of badminton and Jai alai and filet on the grill with Glenlivet to sip as the world passed in front of you.  Jane and Ivy were busily pursuing their badminton tournament.  While Billy’s dad was preparing the Weber for the introduction of salmon and asparagus…which was somewhat foreign to Sauk Village traditional grilling.

Steve and Billy B. were making a valiant attempt at playing Jai alai.  Jai alai is a very fast game where a ball is thrown by a player with a long scooped shaped hand held device, called a cesta,  toward a concrete wall and the other player attempts to catch it with their cesta.  They were playing against a block wall surrounding George’s garage.  The forward momentum that could be achieved with the downward motion of the cesta could be clocked at 80 miles per hour or more!

Susie told Billy to come over and sit with her as he was much to small to be playing Jai alai.  Billy happily agreed.  Jim reluctantly agreed to replace Billy B. in the Jai alai tournament.  He lit another cigarette and downed his scotch and retrieved a Pabst Blue Ribbon from the cooler.

Ivy loved gossip.  She loved to hear it and she loved to tell it!  She asked Jane if she had heard the Lou Mitchell had been having an affair with Dax Dribble?  Ivy went on to mention that Tom, her husband, did not know a thing about it, but that was not unusual do to his work as a doctor and being on call all hours of the day and night.  Lou was a chief assistant to the dean of Humanities at the University of Chicago.  Jane responded that she was shocked…and about that time…she twisted her ankle in a hole in their backyard!

Everything suddenly came to a screeching halt!  Billy’s mom could not walk and the salmon was burning and the asparagus could not be scrapped off of the stainless steel grill!  Billy’s dad ran into the house to call an ambulance and an errant Jai alai ball hit Jim square in his chest and fell like a sequoia!  Ivy ran over to her husband…keeping her cigarette firmly placed between her lips and never loosing a drop of the single malt scotch! 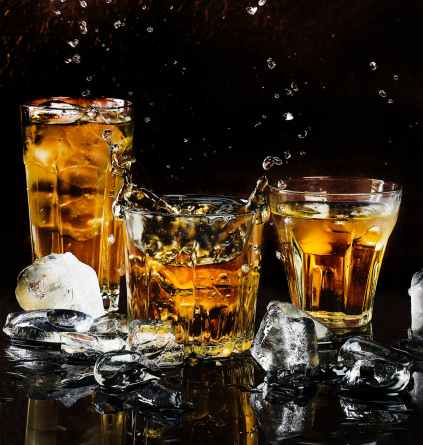 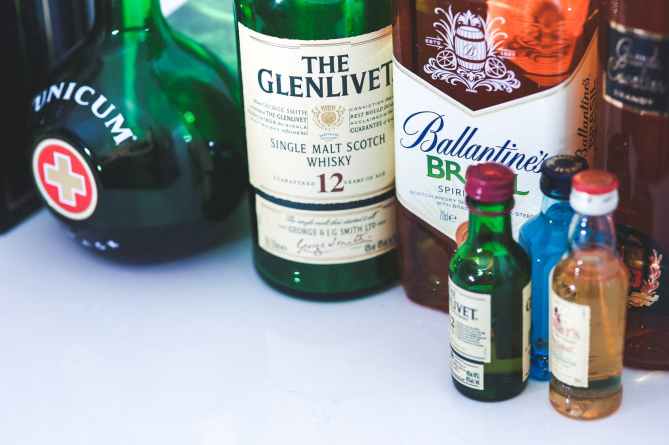 The ambulance arrived and those who could climbed into the emergency vehicle while the rest gathered themselves in their own cars and proceeded to the hospital.

A separate ambulance was called for Jim…who was unconscious and drooling, a little , from his open mouth.

As the Labor Day hours ticked by…the charcoal fire cooled to white embers and the completed Filet Mignon’s were enjoyed by Danny and Pauly’s labrador retrievers…and the Glen Levitt got hot.

One thought on “A Labor Day Fairytale!”