Billy Bump and his mom and dad moved to El Dorado when he was five years old.  The house in Sauk Village, near Chicago, had been a delight to him.  It was on Peoria Street and he had wiled away many happy hours with Danny and Pauly and Steve and Susie!  Billy had loved to have Steve come over and be the master puppeteer of his marionettes.  There was Punch and Judy and Pinocchio and Blackbeard and Frankenstein and Dracula.  Billy was hypnotized by Steve’s expertise in maneuvering the arms and legs of the stringed performers…and his multitude of voices for the actors was extraordinary.

Photo by Magda Ehlers on Pexels.com

Photo by Skitterphoto on Pexels.com

Photo by Irene Lasus on Pexels.com

Photo by Min Thein on Pexels.com

At times, Billy would experience a bit of a waking/sleep as he sat with his eyes glued to the puppets performances.  He became a member of the theatre troupe and was a member of the performance.  When Count Dracula was about to bite the white and supple neck of Judy…Billy was there with a small crucifix to ward off the evil!  When Punch drew back to strike Judy with his permanently affixed bat…Billy would stand between them and take the blow!

Now, the Bump’s were residents of Grandma Askew’s home of El Dorado.  The Bump’s had moved into a large gothic house on Illinois Avenue that was directly across from El Dorado High School.  They had moved into a house that was already occupied by Billy’s mom’s sister, Wanda, and her husband Bill and their children, Gene and Brenda…Billy B’s cousins.  The first night in the gothic manor…Billy stayed awake most of the night.  He heard footsteps walking up and down the, rickety,  basement steps, and indistinguishable voices coming from somewhere in the structure!

Photo by Ivandrei Pretorius on Pexels.com

The following morning, Jane, called out to Billy to come and see the biggest rat that she had ever laid eyes upon.  Billy had never seen a mouse…so a rat was a real education!

Billy walked to Hillcrest School with his cousin, Brenda, and could not help but reflect on is scary first night in their new home.  It was Billy B’s first day of school and he and Brenda separated at the front door as she was an eighth grader while he was beginning first grade.  Brenda promised that she would check on him…and he felt like he was on Mars…or the moon!

And, so, it was Friday evening and uncle Bill and Billy’s dad and mom and Billy sat on the wrap around front porch of the creepy house and had a ‘bird’s eye view’ of the football field and the El Dorado Eagles playing under the coaching of  Boz Adams.  The field lights illuminated the night sky and the cheering was exciting.  Billy had never seen a football game and reveled in the wonderful location of his new home in relation to the football field.  Billy’d dad seemed happy and enthused and uncle Bill cheered the El Dorado Eagles and Billy heard him speak more than he had ever, previously!

Photo by OVAN on Pexels.com 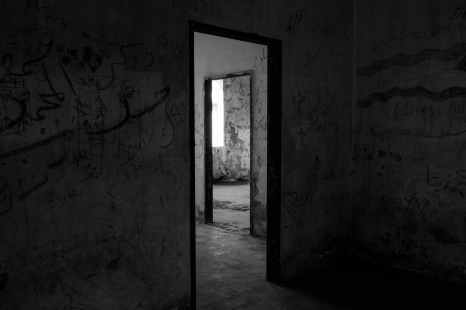 Photo by ramy Kabalan on Pexels.com

Photo by Jack Gittoes on Pexels.com

There was an October chill in the air!  Many of the houses along Illinois Avenue had carved Jack-O-Lanterns on their front porches and corn and dried flower and fauna arrangements to accent the gratuitously  grinning  pumpkins!

Photo by Trygve Finkelsen on Pexels.com 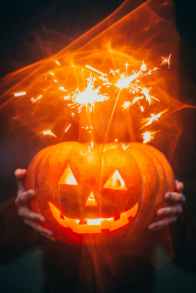 Photo by Matheus Bertelli on Pexels.com

Photo by Toni Cuenca on Pexels.com

Photo by Lisa Fotios on Pexels.com

It was once again time to go to bed…and Billy’s room was a storage closet that had been fashioned into a makeshift bedroom until Bill and Wanda and family had the opportunity to move out…to Beulah Heights and nearer Grandmas Askew.

Billy B. was awakened by someone turning the doorknob to the storage/bedroom that he was sleeping in!  He called out, ‘who is it,’ and there was no reply!  Later that night he awakened and Punch, of Punch and Judy fame, was leaning over his bed and asking him if he had seen Judy?  Billy, responded, and asked Punch if he was real, and Punch replied, ‘You see me…don’t you?’

Saturday morning it was so cold in the big house!  Billy had three of Grandma Askew’s homemade quilts on him…and when he attempted to move from their heavy warmth…he was accosted by a bitter chill that he had never felt in Sauk Village on Peoria Street!

Saturday night….Billy B. swore that he would not fall asleep…but he did and in the middle of the night…there was a voice that said, ‘You are meaner than the devil!,’…and Billy looked all around him to attempt to find the person that had said the terrible sentence to him…but no one was there!

There stood a young girl at the foot of his little bed.  She did not, so much, look at him….as look beyond him!  She was pale and her large eyes were haunting.

Billy B. was happy when he and his mom moved from the haunted house on Illinois Avenue and began to reside at 116 West Street…where there were no ghosts!  The macabre house made such an impression on him…that he remembers it at almost 62 years of age!

3 thoughts on “The Haunted House”